Given Donald Trump's approach to campaigning throughout his meteoric rise to the top of the political pile to become presumptive Republican nominee for the presidency, nothing should probably surprise us.

But his latest tactic to try and woo female voters over underlines what we can expect in the imminent general election campaign. All out war.

Fully aware that he's unlikely to convince women of his suitability for the top job (Mr Trump currently trails Mrs Clinton by 20 percentage points among female voters), he has gone on the offensive and sought to turn female voters off his Democratic rival by turning to the media archives and framing Mrs Clinton as a bystander while her husband abused his position as the nation's CEO.

It seems ironic given Mr Trump's previous form and public views on a number of high profile female journalists and actresses, but he has taken the view that he's got this far speaking his mind, so why change tack?

Mr Trump seems adamant then when faced with a choice the American people will focus on his business successes, in spite of his controversial views. In his mind, he has a winning strategy.

How to 'trump' Donald Trump remains Hillary Clinton's biggest test if she's going to succeed in November. Until then she's going to be forced to face up to a lot of uncomfortable trips down memory lane.

This election campaign really is something different, and it's only just started.

Even before the sound of Hillary Clinton’s cackling laugh, the advert is a creep-fest. Even the hardiest of Clinton fans will feel their skin crawl. And you can be sure this is how the rest of the campaign will go down. Brace yourself for a race to the bottom 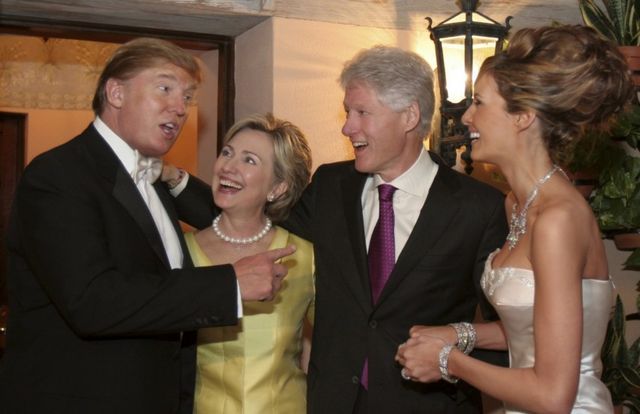