This week, Michel Barnier, the European Commission's designated Brexit negotiator gave his first press conference in his new role. He was suitably blunt.

Anyone who knows the former internal markets commissioner, who was charged with reforming Europe's banking system and championed capping bankers' bonuses will not be surprised.

Hand picked by Commission President Jean-Claude Juncker, M. Barnier was unambiguous on the 'options' open to the UK. Access to any benefits derived from the EU is dependent on appropriate contributions. Moreover, the EU intends to negotiate as one single 27-nation bloc.

Any hope that Britain's negotiators had of peeling off more sympathetic nations and lobbying them for a more lenient approach to future trading arrangements looks forlorn at this stage.

M. Barnier is adamant that there will be no discussion about any future engagement between the EU and the UK until the Brexit process is officially triggered by the prime minister.

The foreign secretary's preferred Brexit policy of "having our cake and eating it" looks an ever diminishing probability.

The reality is our European partners don't bluff publicly. They don't need to, they hold all the cards.

As Janesh Ganesh points out, when will British politicians actually listen and realise that we are the only the ones playing the game by our rules. Everyone else is on a different page.

If only we could switch off our Wildean irony radar and accept words at face value. When Donald Tusk says the “only real alternative to a hard Brexit is no Brexit”, there is nothing in history to suggest the European Council president is giving us his smoking lounge repartee. When Angela Merkel, German chancellor, talks up the indivisibility of the four freedoms, a good time-saving exercise is to believe her. When in the summer EU leaders rejected informal talks with Britain in advance of Article 50 being tabled, ministers in London smiled at the charade and waited for the European line to waver. They still wait. 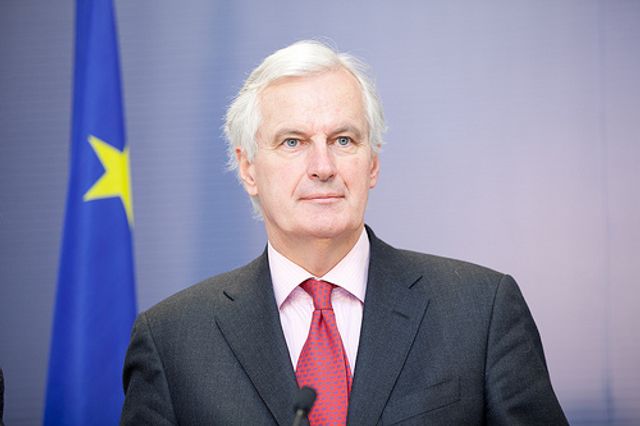 Shock! Horror! EU members will actually have a say in Brexit negotiations.
Good read by @JananGanesh https://t.co/4HIC50UdAG via @FT

Great piece from @JananGanesh on why hard Brexit is the only realistic outcome: https://t.co/YSPtGx7INL

Death by a thousand clicks?
Ketchum
Recent posts from Ketchum