As a journalism major at the Moscow State University, I’ve always been told by professors that “journalism is the world’s second oldest profession.” The advent of fake news though, to paraphrase Ronald Reagan, probably makes some wonder if all of a sudden, “it bears resemblance to the first."

While it’s near impossible to establish with any degree of certainty, who first coined the term, we all know who trumped it into the stratosphere of public significance. While fake news may seem like a new name for an all too familiar “yellow press” or tabloid journalism, it is most definitely a different animal altogether.

Think of it as if you were going shopping for burger. Lower quality or, perhaps, non-organic beef mince would probably be an equivalent to “yellow press”. Horse meat sold as beef would be similar to fake news. Ultimately, we are looking at a quality standards issue vs. the available choice of opinions expressed in the media.

The stands may be slipping a bit because of two things: a) anyone can be a “journalist” these days by sharing their opinion, images or videos on social channels or digital platforms, b) publishing stories fast is now more important to journalists that checking facts, according to the recent ING social media study. “Publish first and correct later” if necessary seems to be the new motto, according to the study, as only 20% of journalists surveyed always check the facts before publishing.

This trend doesn’t signify the demise of quality journalism (readership and circulation numbers for the likes of the Economist and Private Eye have been steadily rising) or hardship for the PR industry.

However, the guardians of corporate reputations should adapt to the “new normal” of fake news to keep potential reputation damage to a minimum:

For any quality news story there are also media amplification tools and techniques available, ensuring that anyone who is actively looking for information on a given subject or company is able to “discover” high quality news media content. It’s one of the best way to ensure that your customers, consumers and key opinion leaders have a wide variety of information – in addition to what could be fake news – to help them form their own opinions. 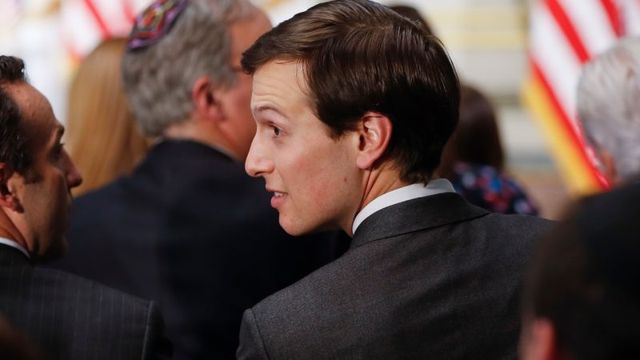 After Reuters retracted its story about Kushner in Iraq, social media cried 'fake news' but we now know the truth https://t.co/jghU2jjZ3c pic.twitter.com/LQrOPBZSxN

Trump and his WALL... of never-ending media coverage
Ketchum

2017 “crisis predictor”: what types of risks are we likely to see more of in the future?
Ketchum