Brexit aside, there’s hardly been a single day without Donald Trump dominating the UK news agenda, with media reporting getting increasingly politicised. His media exposure is truly phenomenal. President Trump's share of voice and media exposure dwarf any of the highly public, media-savvy political figures — both domestic and international, according to Paul Senatori, Chief Analytics Officer at mediaQuant’s   “You can add up the top 10 international figures up you still don’t get to a third of trump’s coverage,” he opines.

Yes, the coverage is mainly negative. However, it seems to do wonders for Donald Trump never-the-less. According to a recent Harvard Kennedy School’s Shorenstein Center’s  report: Trump has won the election despite an overwhelmingly 77% negative vs 23% positive media coverage over the course of the general election coverage – an equivalent to $2bn in advertising spend.

Even now when Donald Trump struggled to keep promises in his first 100 days, he simply references "the fake media" or "fake news" and moves on, seemingly unscathed.

Bad news sells, adding to media advertising revenues. Journalists get hooked, unable to resist reporting of the “King of Twitter’s” colourful social media statements, including Trump  referencing companies in a tweet. New Corp’s chief executive officer Robert Thomson noted, in a call with investors, that The Wall Street Journal has experienced a significant increase in digital subscriptions as a result of the election. Therefore, Trump media frenzy is here to stay.

There are quite a few things other industries and businesses can do to cut through the media glut and continue earning quality media coverage:

Trump-related media “hunger” games seem to be in full swing. In the fight for media spotlight, fellow PR professionals, may the odds be ever in your favour!

The president tweeted this morning: "Don't let the fake media tell you that I have changed my position on the WALL. It will get built and help stop drugs, human trafficking etc." 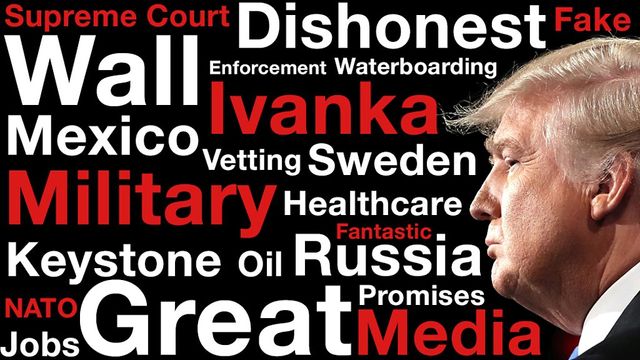 2017 “crisis predictor”: what types of risks are we likely to see more of in the future?
Ketchum